If You Think Coronavirus Is Frightening, Just Wait Till The National Electrical Grid Goes Down

All of the videos at the bottom of this story take a look at 2001’s ‘Operation Dark Winter’, a Johns Hopkins Center for Civilian Biodefense Strategies and Center for Strategic and International Studies exercise simulating a bio-terror attack upon America that ended with disastrous results as the exercise spiraled out of control within days. Leading to a breakdown of essential institutions and services, massive civil unrest and a tremendous number of casualties, ‘Dark Winter’ revealed just how vulnerable America is to a biological threat. And although the results shocked Congress, the exercise was soon forgotten because of 9/11 and as Dr. Pry points out within this story, none of the recommendations made to protect US citizens had been implemented since.)

If you think the coronavirus is frightening, wait until a solar superstorm or electromagnetic pulse (EMP) attack blacks-out the national electric grid, collapses the economy and critical infrastructures for food and water, and 9-of-10 Americans die of starvation.

One year ago, President Trump issued his excellent “Executive Order on Coordinating National Resilience to Electromagnetic Pulses” (March 26, 2019) responding to 20 years of warnings by the EMP Commission that solar superstorms, or manmade EMP from nuclear or non-nuclear weapons, poses an existential threat to the U.S. and to global electronic civilization.

Mandated by the EMP Executive Order is a progress report to President Trump from the Department of Homeland Security (DHS), Department of Energy (DOE), and other relevant parts of the U.S. Government due to the White House on March 26, 2020.

(PLEASE HELP SUPPORT ANP: With Independent Media being censored on almost every internet platform, reader donations are what keeps websites like ANP up and running. Your donations are greatly appreciated. Thank you, Susan & Stefan) 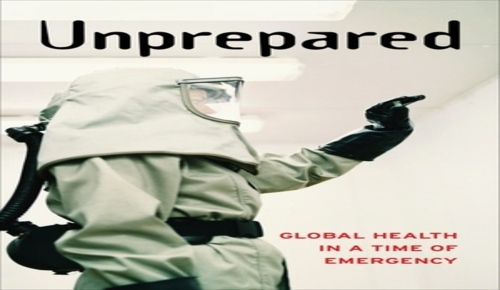 My newly published book “The Power and the Light: The Congressional EMP Commission’s War To Save America 2001-2020” is my progress report to the American people on implementation of EMP national preparedness:

—Obama-holdovers and Deep State bureaucrats who are EMP non-experts and have long opposed national EMP preparedness for reasons ideological, political, and personal, not least stupidity, are largely in charge of “implementing” President Trump’s EMP Executive Order.

—The Federal Energy Regulatory Commission (FERC) approved Standard for natural EMP/GMD is merely 8 volts/kilometer, far too low, and should be at least three times higher (24-30 volts/kilometer).

—The EMP Commission recommended EMP/GMD Standard is over ten times higher: 85 volts/kilometer, so the national grid would survive a worst-case solar storm or the long-wavelength threat (E3 EMP) from nuclear EMP attack.

—There is still no FERC approved Standard for E1 EMP, the short-wavelength electromagnetic “shockwave” from a nuclear EMP attack that would do the most damage to most electronics. Protection against E1 EMP (50-100 kilovolts/meter) would also mitigate lesser threats from non-nuclear EMP weapons and system-generated over-voltages from cyber-attacks, physical sabotage, and severe weather like hurricanes.

—The deeply erroneous Obama-era EMP report by the Joint Atomic Energy Intelligence Committee (JAEIC) and the more recent so-called “Tri-Labs EMP Report”, both written by a small number of non-experts parroting each other, continue to circulate misinforming U.S. officials and damaging national security. Both reports are highly classified, apparently to protect them from scrutiny and criticism from real EMP experts, while being invoked to prevent mid-level officials (who lack the clearances) from protecting their assets from EMP.

The EMP Commission wrote a classified rebuttal and recommended the recall of these reports, including in letters to Director of National Intelligence (DNI) Dan Coates and DNI Joseph Maguire, which recommendations have been ignored, to the grave harm of our nation.

—Bogus analysis that grossly underestimates natural and nuclear EMP threats by the Electric Power Research Institute, a lobby for the electric power industry masquerading as a think tank, is being funded by DOE and wrongly treated by DHS as analytically sound, even though the EPRI Reports have been critiqued and proven erroneous by the EMP Commission and the USAF Electromagnetic Defense Task Force.

—The rampant incompetence of DHS and DOE is manifest in that they give greater credibility to EPRI non-experts than to the EMP Commission and its Chairman, Dr. William Graham—the foremost EMP expert in the Free World. Chairman Graham also served as President Reagan’s White House Science Advisor, ran NASA, was on the defense science team that discovered the EMP phenomenon, and has been protecting U.S. military systems from EMP since 1963. 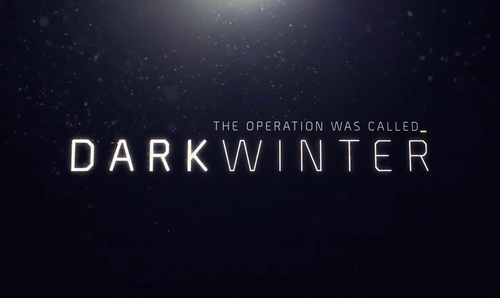 We have seen this movie before, and are living through it now.

20 years ago, in 2001, Operation Dark Winter by the Johns Hopkins Center for Civilian Biodefense Strategies and Center for Strategic and International Studies simulated a biological attack on the United States, producing an excellent documentary “Dark Winter” about the wargame, that shocked and galvanized Congress to act.

Legislation and resources were invested, recommendations were supposed to have been implemented, to protect U.S. citizens from catastrophic Biological Warfare (BW).

Yet today, the coronavirus, which is also a huge psychological threat, is having disastrous economic and societal consequences. What happened to BW preparedness?

For the $2 trillion that will be spent on the coronavirus, we could have hardened all critical infrastructures against EMP; deployed space-based missile defense Brilliant Pebbles before the end of a second term in office by President Trump; modernized the entire U.S. nuclear deterrent from top to bottom (including new missiles, bombers and submarines; new nuclear weapons; and a completely renovated nuclear scientific-industrial base) and still have over $1 trillion to spare.

The strategy of pretending to do something, but really doing nothing, and then throwing money at the threat when it happens, will get millions of Americans killed when there is an EMP.