In the day and age of airborne coronavirus, a virus that can live on surfaces for up to 17 days and be passed on by asymptomatic carriers of the virus to others, several stories that have been published over the last few days alone lead us to ask, do many Americans and people all across the world have a death wish, are they simply not paying attention or is something much more sinister at play, such as, this virus being intentionally spread as Mike Adams argued in both this March 12th and this March 25th Natural News stories?

Although we totally understand that even under ‘lockdown’, as long as that isn’t a required, medical quarantine of an already infected person, people absolutely need to get out of the house, get to the grocery store, take a walk in the park and definitely find ways to enjoy themselves, stories out recently of people having ‘coronavirus parties’ while Kaiser Permanente theatens to fire nurses simply for wearing N95 masks while treating coronavirus patients has to make one ask “what’s really going on here?”

While over a 158 million Americans are now on some sort of lockdown, with over 1/3 of the entire world’s population also locked down or under quarantine, and mass gatherings banned practically everywhere, this recent story over at the Daily Mail reporting a group of people in Kentucky decided to ‘flout social distancing guidelines’ and hold a ‘coronavirus party’ helps to illustrate our point and not surprisingly, 39 people were infected by one guest there. So how many more people in America will be infected by a deadly virus simply because they are not following common sense at a time when that deadly and ‘novel’ virus is rapidly spreading worldwide?

I recently spoke to a well-trusted friend who works in a hospital in a more rural area who tells me that infections there are more than doubling every day, much more than the doubling of infections every 3 to 6 days that we were originally told. And with the ability of this virus  to spread rapidly and stealthily among a population, is it really wise for anyone in 2020 to be gathering in large rooms together, recirculating the same air and possibly swapping bodily fluids while practicing no ‘social distancing’ at all?

With what’s being called ‘Party Zero’ now being blamed for the spread of the virus all across America and the world after a 40th birthday party in Connecticut turned into a massive ‘super spreader’ event with at least half of the 50 attending guests now testing positive for coronavirus, and now that one person who attended a ‘coronavirus party’ to ‘flout social distancing guidelines’ in Kentucky being blamed for infecting 39 others, we also see in another new story over at the Daily Mail reporting upon the all-time record high American unemployment while featuring the photo below showing Americans lining up at an unemployment center in Las Vegas, Nevada, many standing shoulder to shoulder. Are people simply not paying attention to what is unfolding?

(ANP FUNDRAISER! Due to an all-out war upon independent media being carried out by ‘big tech’ and Democrats, ANP will need a little bit of help in the days ahead so if you like stories like this, please consider donating to ANP to help keep us in this ‘Info-war’ for America at a time of systematic censorship and widespread corruption.) 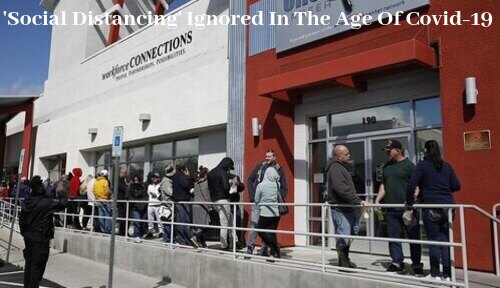 With America having overtaken China, Italy, Spain and the rest of the world in the numbers of ‘coronavirus infected’ and most likely the numbers of dead as well in the near future, Mike Adams recently made a stunning point in this story over at Natural News; it sure seems like ‘someone’ wants it to spread!

And with the US military recently confirming it’s coronavirus 1st case INSIDE of the Pentagon coming at a time when scientists in Iceland have identified 40 different coronavirus mutations, are these multiple strains of a killer virus more evidence America and the ‘Western world’ are under a full-scale bioweapons as Steve Quayle warned while linking to this RT story?

Of important note, Steve had warned us earlier in March of numerous mutations of this virus making it very difficult to nail down and causing so many infected yet recovered people to be re-infected and now we learn that according to doctors in China, 14% of those who became infected yet recovered became sick with the virus again, leading us once to doubt any ‘official numbers’ coming out of China of those who’ve ‘recovered’ or ‘official numbers’ coming out of the CDC for that matter with such a high re-infection rate in China.

As we had reported within this March 2nd ANP story, with China still not revealing information about the origins of the virus sought by Senator Tom Cotton from Arkansas, who claims it may have originated from a top secret weapons lab in China, and the mainstream media continuing to echo the story being peddled by the Communist government of China, what if all of these ‘2nd infections’ are actually being caused by a 2nd, bio-weaponized and mutating virus, distinctly different than coronavirus? And if this really is a ‘biological attack’ upon America, does anyone believe we’d be told the truth with a globalist agenda long bent upon ‘depopulation’?

And now we learn as Infowars reports in this new story that Senator Tom Cotton is speaking out once again, re-emphasizing his earlier points that it was China which unleashed ‘this plague’ upon the world while warning ‘there will be a reckoning’ ahead. Hints of another war ahead? From this Infowars story.:

GOP Senator Tom Cotton touted legislation Wednesday that would end US dependency on China for pharmaceuticals, stating that it poses a national security risk, as he asserted that China ‘unleashed’ the coronavirus on the rest of the planet and needs to pay for it.

“China unleashed this plague on the world, and there will be a reckoning when we’re on the back side of it.” he urged.

Cotton writes that “Emergencies like pandemics and wars break down previously dependable supply chains and relationships as nations start to fend for themselves. It’s sadly clear America gave up the ability to fend for ourselves in basic medicine long ago.”

The Senator has been vocal in blaming China for the outbreak of the coronavirus, previously demanding that the communist state prove that the virus did not originate in its own secretive bioweapons lab in Wuhan. 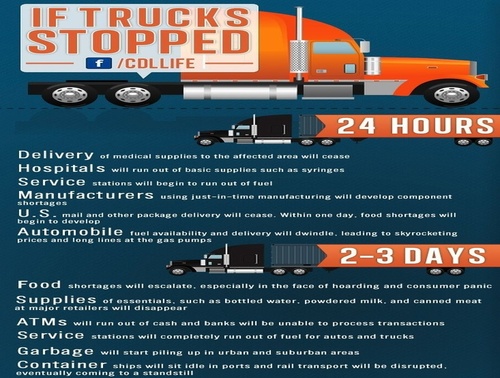 With Firearms News reporting that ‘Americans haven’t seen anything yet’ and crime is likely to explode across the country as the full economic and health impacts of this pandemic kick in, as their story pointed out, prisons across the country are also now releasing ‘lower level inmates’ to give them a better opportunity to survive this plague that has arrived in our nation but with an already exploding unemployment rate showing there may be no jobs for many of them, many may return to a life of crime just to survive these days we’re living in.

And as the Daily Mail had reported in this recent story, ‘panic buying’ has left the prices of staple foods such as bread and milk and other necessities skyrocketing in many locations making it that much more difficult for someone just released from prison to purchase food while what’s now happening in New York should be enough to turn any American into a prepper. As Bloomberg had reported in this Thursday story, despite record high demand for food, many truckers are completely refusing to go into parts of New York to deliver food.

Some truckers are refusing to carry orders into the city and surrounding suburbs like New Rochelle that have been hard hit by the coronavirus, even as demand for groceries is double or triple normal levels as shoppers stockpile soup and other everyday goods.

There is no evidence that food is growing scarce in the city. But one index, which measures loads of all types of goods destined for Brooklyn that were rejected by shippers, has tripled compared with the same time last year, reflecting carriers’ inability or unwillingness to haul loads into the epicenter of the outbreak.

The White House’s call for all those leaving New York City to self-quarantine for 14 days has spooked and confused some drivers, according to people monitoring shipments, while delivery curfews and requests to register “essential employees” have created additional friction. Some warehouse operators are even insisting on taking truck drivers’ temperatures as they pull into depots.

Just imagine that should your neighborhood be hit by a coronavirus outbreak. While we absolutely cannot blame the truckers for refusing to go into hard-hit coronavirus areas, putting their own lives and the lives of their families in danger, as Susan Duclos had reported in this March 19th ANP story, should too many truckers get hit with this killer virus, “the lifeblood of America stops flowing across our nation”.

And while we understand that there are some people who still believe this is all some kind of massive hoax, with hundreds of CEO’s of global companies resigning right before the world fell went crazy and now a top CDC official claiming that what we’re seeing in New York is nothing compared to what is to come, the fact that Los Angeles’ mayor is now warning of mass deaths and the possibility of people being ordered to shelter within their own homes is just another sign we’re definitely being told the ‘whole truth’ of this matter with ‘the whole truth’ probably being much more than most Americans are prepared to handle.