News Ticker
Tweet
As in most Communist countries, Sweden eschews
family values such as consecrating sex for marriage.
Virgins are scorned and ostracized. by Maureen Johnston
(henrymakow.com)
During my high school years in 1981-82, I  became close friends with an exchange student, a girl from Sweden in my small farm midwest hometown. We were 17 years old.
At that time, in my high school, most of the girls were virgins and any girl that was discovered to have had sex was shunned, ostracized, and called a “slut”
And the boys treated non-virgins girls badly too, lots of name-calling and disapproval
So after this Swedish girl and I became close friends she confided in me that she had had sex already at 16. It was surprising because she was so sweet and innocent looking with her fair skin, natural blond hair, and blue eyes.   I was shocked that she had had sex –because we thought girls, who had sex were bad girls who also smoked pot, drank, got in trouble, and did badly in school. But she was none of that.  She was sweet, very smart, kind, gentle, and shy and very feminine and pretty at 17 years old.
Then she told me HOW she lost her virginity.  She said that in Sweden being a Virgin is the total opposite understanding –it’s a BAD thing.  In Sweden, having sex is considered very important and healthy for a teenager’s overall health and well being. Thus Swedish parents encourage their daughters to have sex as soon as possible and get rid of this nasty virginal condition.  What?
I was so shocked as she told me this.  Then she said her parents had a summer house in the north of Sweden and they pressured her to get a boyfriend, which she did, at about 15 or 16, and then the parents took their 16-year-old daughter and her 16-year-old boyfriend up to their summer house, dropped them off to be alone there and told them not to come back until they had had sex.  The teenagers were left at the house for the summer to fornicate.
I said weren’t you worried about getting pregnant –No my parents had already taken me to a doctor and gotten me on the pill!
Wow! I was so dumbfounded –I just could not believe it.  There was absolutely no concept that virginity was special (created oxytocin bonding) and that there was a privilege and responsibility to a man for the right to have sex with a woman that he would be able to care for her (emotionally, financially) and a child that could potentially come out of that union and would be part of an established stable family unit.  None of that. Sex and procreation were stripped apart and it was just considered a healthy exercise to do like jogging.
Then another thing happened, during high school with this Swedish girl. We went swimming at the lake one summer midwest day. Afterward –she just took off her wet swimming suit and was about to lay on the towel naked. Her hosting mother quickly grabbed a towel and throw it around her and said, “No No we don’t go naked in America like that -we use changing rooms.” –I was stunned and amazed that she had absolutely no shame or sense of modesty about exposing her naked body right there where lots of other people were around enjoying the lake. 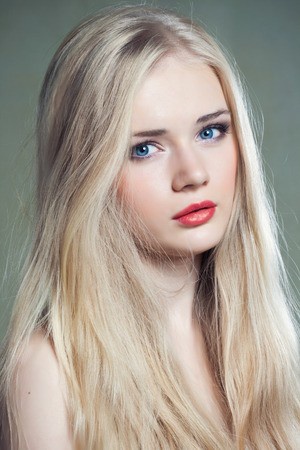