Update: After Dr. Nass’ discovery was publicly disseminated, the WHO suspended the trial on Wednesday June 17th. 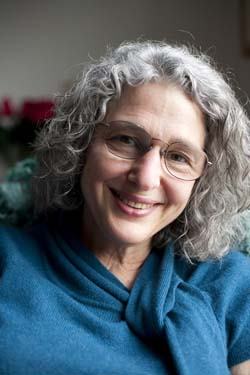 On Friday, June 19th, Dr. Nass uncovered a third, “Even Worse” hydroxychloroquine experiment. REMAP targets patients who are on a ventilator, or in shock – i.e., near death. Such patients are hardly capable of giving consent. Rather than attempting to save their lives, they are being used given multiple high doses of hydroxychloroquine and other drugs whose combination is contraindicated.

Of note: All the online protocols have been stamped “Not for IRB (Institutional Review Board) submission,” 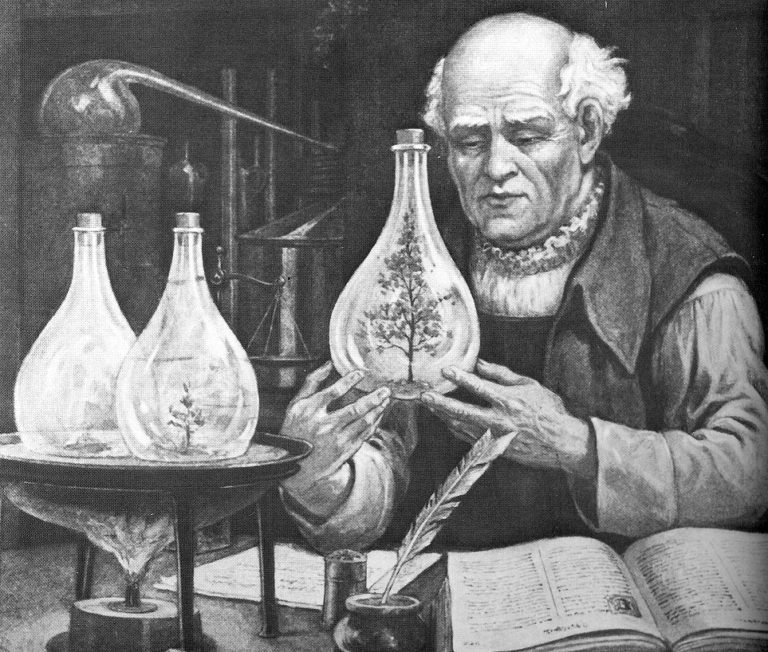 Since all medicines are potential poison at high doses, why one wonders, are influential academic physicians and international public health institutions designing and conducting experiments that expose extremely vulnerable patients to poisonous levels of the drug Hydroxychloroquin?

As recognized by the Swiss physician Paracelsus, “the Hippocrates of the Renaissance”:

“What is there that is not poison? All things are poison and nothing is without poison. Solely the dose determines that a thing is not a poison.”

His insight is as relevant today as it was in the 16th century. 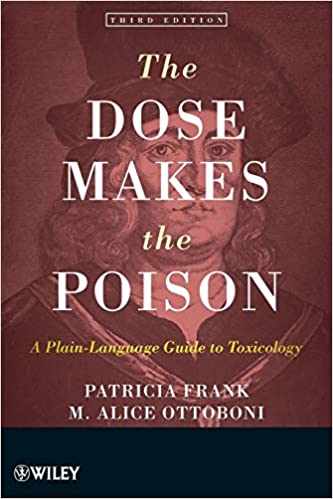 Dr. Meryl Nass is a physician practicing individualized medicine in Maine, in accordance with the Hippocratic Oath. She is a longtime member of the board of the Alliance for Human Research Protection.

What could be worse than giving potentially lethal doses of hydroxychloroquine to Hospitalized Covid-19 patients?

The REMAP-Covid study is using the same HCQ dose as the Recovery trial for 6 days.  But it is even worse for the following reasons:

From the Covid protocol page 23:

This is 2400 mg hydroxychloroquine in the first 24 hrs, over 1.86 g of the “base,” then 800 mg/day for 5 more days or until discharge from the ICU, or 6.4 g total. Dosing fails to take into account weight, renal and hepatic function.

“renal and hepatic insufficiency lead to higher plasma concentrations for a given daily dose and raise the risk of toxicity.”

WHO’s consultant Weniger reported in 1979 that a single dose of 1.5-2 g of chloroquine “base” “may be fatal.” A detailed discussion of therapeutic and toxic doses of chloroquine and hydroxychloroquine can be found in my article of June 14. I acknowledge that hydroxychloroquine is a bit less toxic than chloroquine.  But this trial studies the most fragile human beings, and if the trial investigators were unsure of the right dose, they should have “started low and gone slow” as clinicians are advised to do.

The REMAP study protocol acknowledges that the combination of lopinavir/ritonavir and hydroxychloroquine increases the risk of ventricular arrhythmia, but states that the risk is mitigated because patients this sick will be on cardiac monitors, with QTc monitoring.  However, it fails to say that the most likely arrhythmia in this setting is torsade de points, which is very difficult to treat.  Patients who are already critically ill are unlikely to survive if it occurs.  So why use such an excessive hydroxychloroquine dose on these, or any, patients, and risk it?  That is not explained.

All their online protocols have been stamped “Not for IRB (Institutional Review Board) submission,” which makes one wonder what was changed when the trial arms were put before IRBs for approval.

Five UK chief medical officers wrote a “Dear Colleague” letter, begging physicians to enroll their Covid patients in clinical trials, including ‘Recovery’ and REMAP, and discouraging “off-label” treatments for Covid outside of trials.  Did they know they were asking treating physicians to significantly up the risk of death for their patients?  Are they aware that as of today, June 19, the UK has had more deaths from Covid-19 than any country in the world outside the US and Brazil, with 5 and 3 times the UK population, respectively.

Why is public health being turned on its head?  This is the third major, multicenter clinical trial of hydroxychloroquine testing toxic doses on Covid patients.  The Recovery and Solidarity trials (with almost identical toxic HCQ doses as REMAP) abruptly ended their hydroxychloroquine studies in the past two weeks, coincidentally as people began noticing the excessive doses, especially on Twitter.  Who or what is willing to maim and kill patients in order to to kill hydroxychloroquine’s use in Covid-19?

The Solidarity Trial is a WHO-led conglomeration of many national trials of treatments for Covid-19. Per the WHO:

As of 3 June 2020, more than 3500 patients have been recruited in 35 countries, with over 400 hospitals actively recruiting patients. Overall, over 100 countries have joined or expressed an interest in joining the trial, and WHO is actively supporting 60 of them…

Below are the drugs being tested in Solidarity:

However, the doses were not specified on WHO’s list of the drugs to be trialed, nor were the actual doses specified, surprisingly, in WHO’s consultation on chloroquine (CQ) dosing, dated April 8. Instead, the introduction of the report of that meeting notes,

Last week, I was alerted to the fact that India’s ICMR, its official medical research agency, had written to the WHO, telling WHO that the hydroxychloroquine doses being used in the Solidarity trial were 4 times higher than the doses being used in India.  Then I learned that Singapore has been hesitant to participate in the WHO trial, due to the hydroxychloroquine dose.

The UK “Recovery” trial was one part of the international Solidarity conglomeration of clinical trials.  The trial ended its HCQ arm on June 4, reporting no benefit. In-hospital mortality of the 1542 patients receiving hydroxychloroquine was 25.7%, or 396 people.

The Recovery trial Study Protocol notes it is funded in part by the Wellcome Trust and the Bill and Melinda Gates Foundation, and by UK government agencies.  The Protocol provides the doses of hydroxychloroquine used, on page 22.  Twitter users began to notice a dosing issue, with hashtag #Recoverygate.

While I could not find the WHO HCQ dosing on the WHO website, co-Principal Investigators of the Recovery trial, Drs. Peter Horby and Martin Landray, claimed they followed the WHO dosing.  Landray also told the periodical Paris Soir he was using the same hydroxychloroquine dose used for amebiasis.  However, the accepted use for HCQ in amebiasis is only for a liver abscess and only then in pregnancy, when other drugs cannot be used.  That dose is 600 mg per day for 2 days, then 300 mg per day, less than half the Recovery dose.  Professor Horby said that Paris Soir misinterpreted Landray’s comments, but Paris Soir said Landray had confirmed what he told them in an email.

We also know, from an official Belgian guideline document issued June 8, that high doses were used not only by Recovery in the UK, but also by the Discovery trial in the EU and by the WHO.

We also know that in Brazil, both a high dose and a low dose were trialed, and by April 17 the high dose arm was stopped prematurely due to an excess of deaths.  The low dose trial continues in Brazil.

How is the drug hydroxychloroquine normally used?  For chronic daily use in systemic lupus erythematosus or rheumatoid arthritis, patients usually receive between 200 and 400 mg daily.  In acute Q fever, 600 mg daily may be given at the start of treatment.

The only treatment dose mentioned in their report was in a paragraph about preventive doses.  It said,

“Higher doses would be considered for treatment, i.e., 10mg/kg base, followed by 5mg/kg twice daily for seven days.”

What is the “base”?  A 200 mg dose of chloroquine or hydroxychloroquine contains 155 mg “base” drug.

The typical 70 kg person would, if this suggestion had been followed, receive 700 mg base, or  900 mg of hydroxychloroquine, as a loading dose. Generally, a loading dose refers only to a first dose, not to several additional doses within 24 hours, but it can potentially refer to more.

What is a toxic dose?  All experts agree. “… chloroquine has a small toxic to therapeutic margin,” according to Goldfrank’s Toxicologic Emergencies.  It is very safe when used correctly in the right patients, but a bit more can potentially kill.  Prof. Nicholas White, who attended both WHO consultations on the chloroquines, has mentioned this.

The Recovery trial used 1.860 grams hydroxychloroquine base (equal to 2400 mg of hydroxychloroquine) in the first 24 hours for treatment of already very ill, hospitalized Covid-19 patients, a potentially lethal dose.

The dose used in the Recovery trial is not recommended for therapy of any medical condition, which I confirmed with Goodman and Gilman’s Pharmacology textbook, the drug’s label, and the online medical encyclopedia UptoDate.

This excessive dose apparently continues to be used in WHO Solidarity trials in countries around the world. It appears that the Solidarity trials are not testing the benefits of HCQ on Covid-19, but rather testing whether patients tolerate toxic, nontherapeutic doses.

The WHO Solidarity trials, in order to rapidly enroll patients and spare clinicians a lot of paperwork, collect only limited information on side effects.  No information has yet been provided regarding causes of death in the completed hydroxychloroquine arm of the Recovery trial, in which 396 patients died.

The Solidarity trial design being employed by WHO may help obscure whether mortality is due to drug toxicity (in which case, one would expect cause of death to be arrhythmias such as torsade de points, neuropsychiatric effects, or hypoglycemia) versus Covid-19.

The WHO report of its meeting on chloroquine dosing states,

“Although the preponderance of opinion tilted towards a reasonable benefit risk profile for the intervention, there was some scepticism about what was considered a ‘minimalistic safety data collection’ currently included in the protocol.”

The high dose regimen being used in the Solidarity trials has no medical justification.  The trial design, with its limited collection of safety data, may make it more difficult to identify toxic drug effects, compared to standard drug trials.  This is entirely unethical.

Excessive dosing makes it impossible to assess therapeutic benefit, if any, of HCQ.

Giving the drug only to hospitalized patients means that the window of time during which HCQ would be expected to provide the most benefit, when viral titers are rising, has passed.

My recommendation is for WHO to immediately stop using this dosing schedule, give trial subjects clinically appropriate doses, and collect more complete safety data.  I would remind WHO that if the consent forms fail to inform patients that the dose of HCQ they may receive is much higher than for any other indication, that WHO may be subject to legal action for injuries incurred in its sham of a clinical trial.

Read the full article at AHRP.org