Vice President Mike Pence was arrested today at the United States Capital, shortly after defying President Trump’s order to preserve the integrity of the U.S. presidential election. During a siege by Antifa members disguised as Trump supporters, Pence was taken into custody and is now headed to Guantanamo Bay for military tribunal for treason, to be followed by execution by firing squad authorized by the president. A doppelgänger has replaced Pence to maintain continuity of government pending the outcome of the certification of the election results and the full disclosure of high crimes committed by the Deep State. Dr. James Fetzer joins us to discuss today’s events. Leave the world you think you know behind and join us at the Dark Outpost! 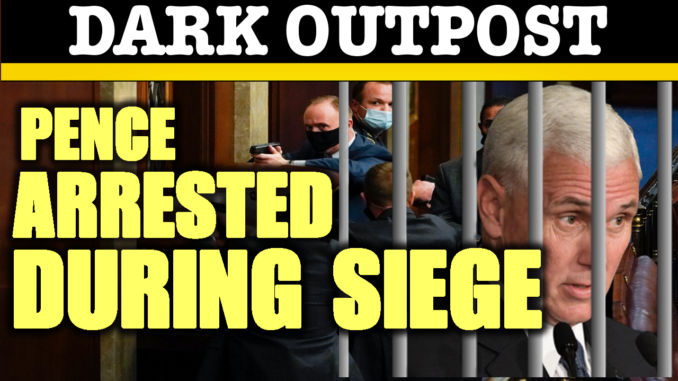