Major breaking news tonight as the siege which took place at the nation’s capital is shown to be a false flag event staged by Antifa and BLM, where the Trump team took advantage of the situation and confiscated laptops containing congressional connections to CCP! Ashli Babbitt was not murdered. She is alive according to attorney Lin Wood. Mike Pence pled guilty to treason and was executed by firing squad at Guantanamo Bay. Full intel tonight plus reaction from John Carman. Leave the world you think you know behind and join us at the Dark Outpost! 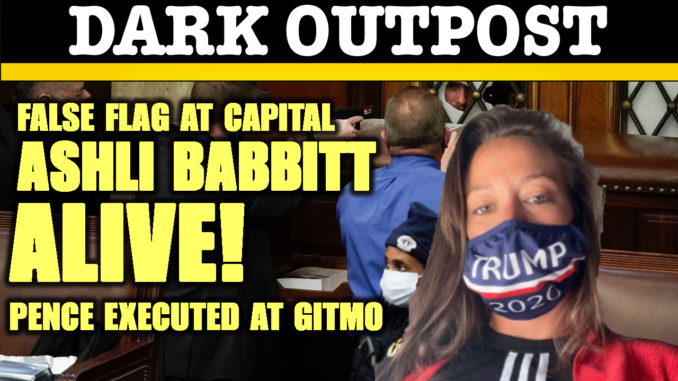