Trump attorney Lin Wood has shocked the world with the stunning announcement that billionaire financier and convicted pedophile Jeffrey Epstein is the “Kraken” top which Sidney Powell referred as the ultimate which the president will release in his effort to prove that the Democrat party is made up of child predators who have attempted to assist globalists in their plot to overthrow our constitutional republic. Tonight, we break down the horrible truth that Epstein is alive and well and in protective government custody and has been promised a full presidential pardon in exchange for the release of damning information which will destroy the Deep State once and for all and ensure that Donald Trump remains president for the next four years. Leave the world you think you know behind and join us at the Dark Outpost! 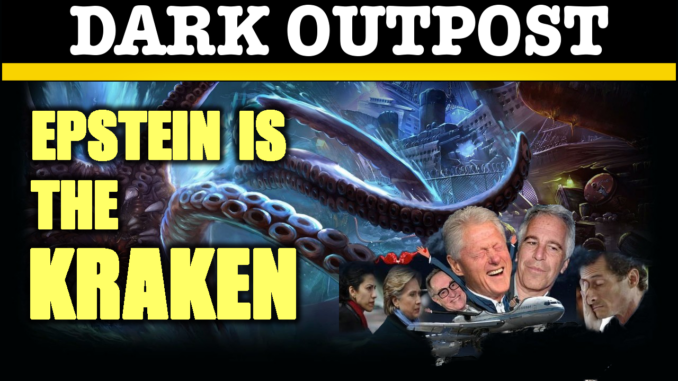